The common practice here it seems, is when a person leaves the company for good, they will treat everyone to an egg tarts or cakes. This gesture is just to show their appreciation towards their co-workers, as the term ‘shan shui bing’ is being used to express such a feeling.

That aside, I am an Egg Tart lover. I love the hong kong style of thick pastry egg tarts more than anything else, and i am glad to have found my love of my life at : Tai Cheong Bakery ( pleasantly surprised by my troopie) 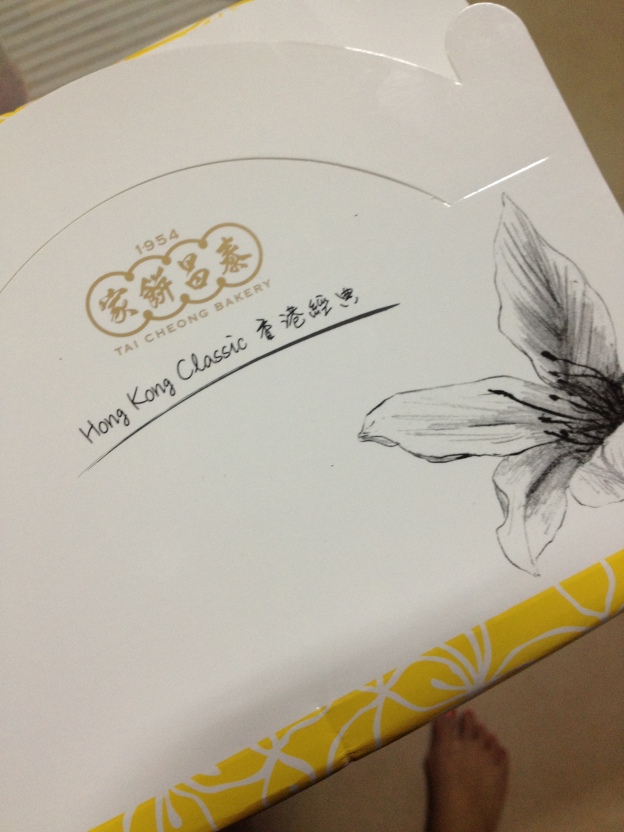 Dont you think egg tarts look like sunflowers? So happy and welcoming? The best comfort food one could ever lay their hands on 🙂

So brother decided to give me a mine ‘farewell’ lunch before hopping on the next flight back to Singapore for good …
so we decided to indulge ourselves in …
a nice meal before take off ..

we ordered to share an executive lunch and some dim sum – ok while writing this post, it feels as if the 2 of us ordered everything off the menu .. almost everything 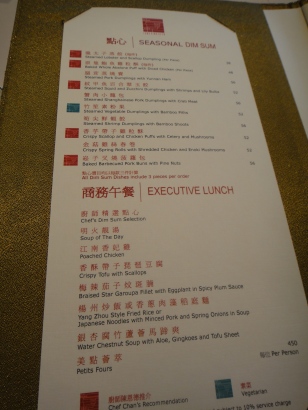 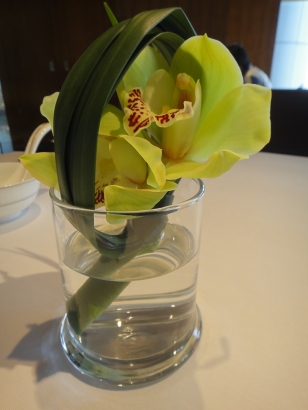 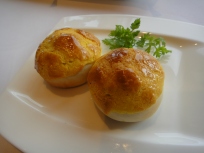 Steamed Squid and Zucchini Dumplings and Shrimps with lilybuds

Japanese Noodles with Minced Pork and Spring Onions in Soup

Overall, I only liked the soup, the abalone tart.. I didn’t think very well of the dim sum .. . I don’t think  I will return back .. Only maybe for the abalone puff, soup the squid dumplings (something different from the usual)..  the view was just fantastically amazing .. redeemed the dinning experience …

Man .. a sad meal before heading home  for good .. nonetheless, it has been a good learning experience. 🙂

This is the king of all Hong Kong Ramen I have eaten. 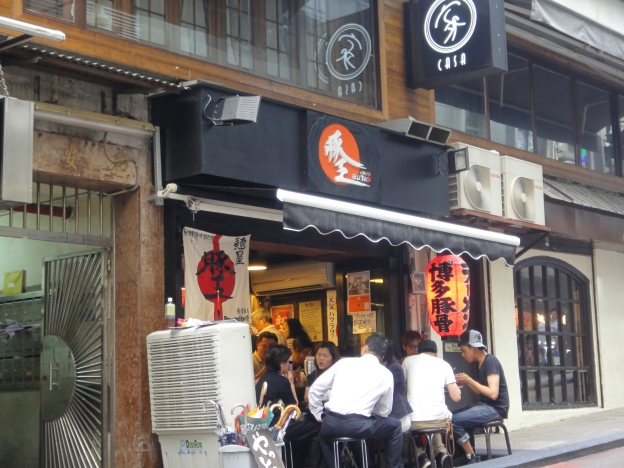 My brother kept raving about this ramen place that he thinks is better than any other ones he has eaten so far in Hong Kong .. So I decided to go and give it a shot. He warned me that the queuing time is crazy, so I thought I go at an in-between timing, but I still ended up queuing for 1 hour before I could get a seat.

Condiments to put into Ramen

I think its pretty awesome!!! Will return to eat it again!!

My kind tawianese ex colleague decided she would buy me lunch to bid me good bye. So we went near her work place to this new ramen place that she said was not bad. So we decided to have a quick one too, since she had to return to work. 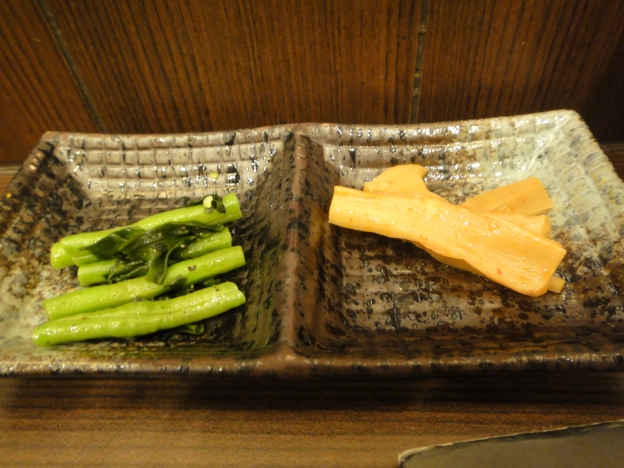 Of which she highly recommended the fishcakes … 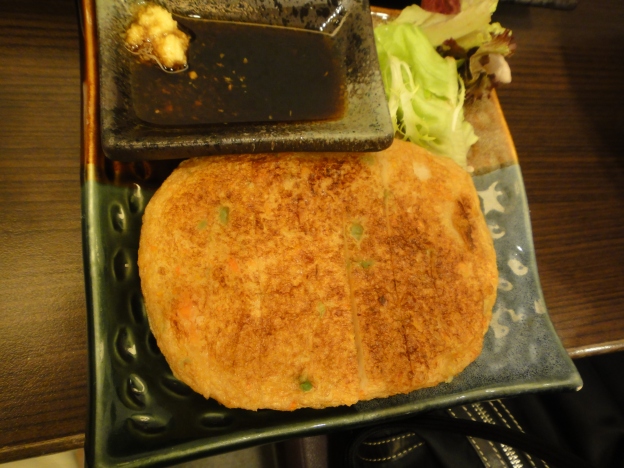 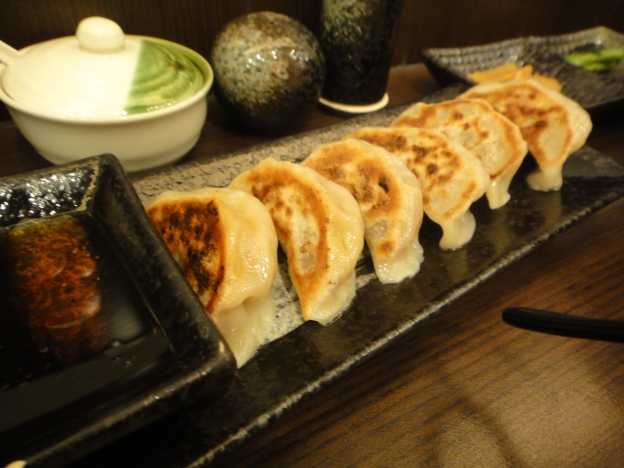 The reality is really kicking in ..
This ramen is not bad ..  I loved the gyozas as well!

So I got to know a new friend and .. its been really fun getting to know her! shes been very kind in including me in all her outings and to explore new places to eat and try!!!

An alternative to brunch …

So we decided to have a mini -tai tai- moment and went ahead for high tea! (partly also because we couldn’t get reservations elsewhere in other hotels) and since both of us had to be heading off after high tea for other plans ( yes in continuation of spooky week, my friend decided we should go to check out Ocean Park’s Halloween night – which I hear is 10 times adult scarier than disney’s *gulps) 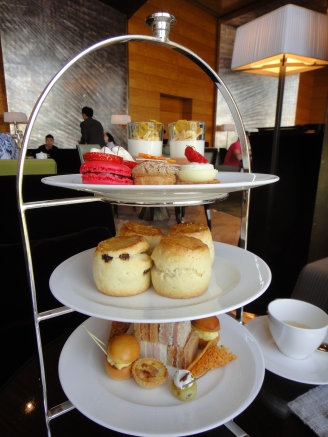 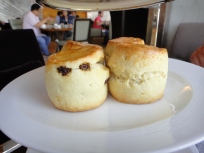 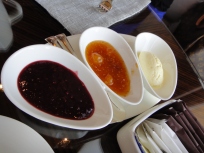 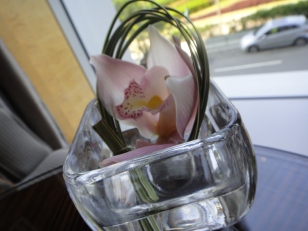 I think high tea is always enjoyable especially between the ‘hectic-ness’ of life ,  the company as well tops it all 🙂 .. I loved the ambience and can finally learn to understand why most of the hong kongers that I have met and encountered always seem to insist on the importance of view .. It does brighten up the atmosphere and subconsciously make people chillax .. well to me at least..   we were alternating between sweet and salty tiers of food to try  .. We were also served complimentary desserts as well! so can you imagine how filling that high tea was!!!  I loved the scones, the jelly shots the most .. the rest was also not too bad ..

My kind tw boss decided to bring me along for his food hunting sprees, and we ended up in .. Cui hwa .. Its a famous local cha chan ting and serves local delights! of which, one of the most famous dishes is this condensed milk toasted bread! super comfort food! I totally brought my sister back to eat it again!

Then my very close friend also came up, and we went also to tsui wah and I ordered a baked spaghetti pork chop. Yummies! went back to eat it again 🙂 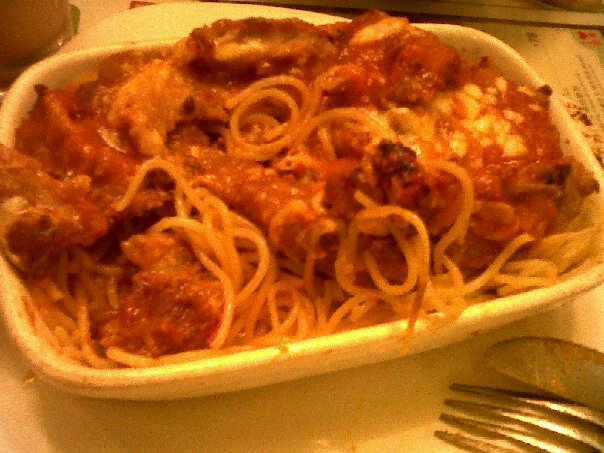 Another must try is their fishball noodles (very different from the ones back in Singapore because the soup base is also different .. and the fishballs of course mushier and not as bouncy as the Singapore ones.)

The best part is they are opened 24 hours! so when you need a late night supper snack, just trudge down!! 🙂

A friend came and visit me in Hong Kong.. so we were randomly walking around and trying to find a place to sit down and chat .. so we chanced upon this place

Smoked Salmon too overpowering .. hollandaise was just nice .. didn’t like the toast .. but ok .. seems healthier .. Maybe might come back to try the other things :p

I saw an advertisement for sweets and desserts (yup another media sucker)
So curious me rolled there ..
and also to chat with friend 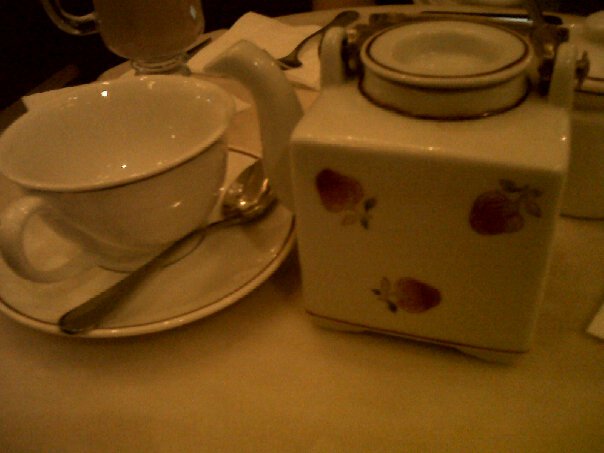 the looks were so deceiving.. the whole waffle was soggy! I was utterly disappointed ..
Guess another lesson learnt – not to be such a media sucker!!

But the ambience is nice .. might come back to try the cakes instead

So i trudged off and met a friend since hes also looking for a job in Hong Kong .. He wanted to go to the famous wanton mee place at Wellington Street, Central.. but was too crowded, so I suggested going to the one across the street called 沾记

Its on the side that when you go up the soho escalators, immediately on your left with your back away from IFC .. 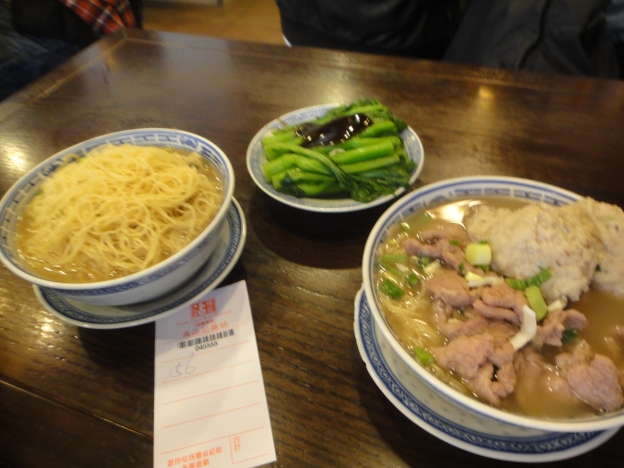 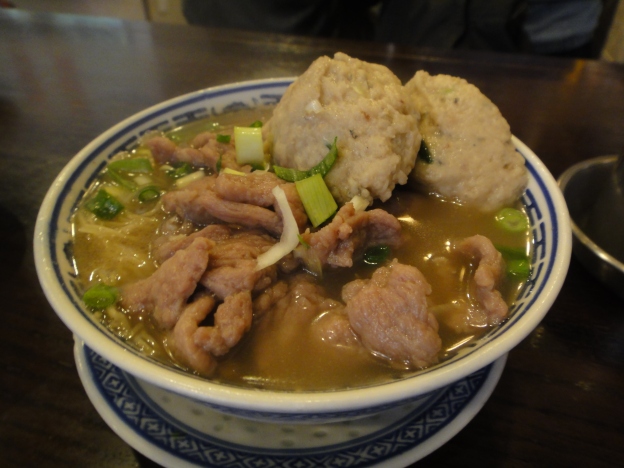 ok, you all must be wondering wth? you are in hong kong and you don’t order the wanton mee?? firstly, nothing against the noodles, but as you probably have noticed, I hate prawns. I can take them in soup, but to eat it, I hate the texture.  So ironically I land myself in the land of prawn heaven but I dont eat it ;p

So the fish ball was quite mutan sized – not used to it being so big and soft (nua-ish) in comparison to the Singapore bouncy and smaller fishballs. It had a lemony taste, more ‘fish-pasty-ish’ and the beef  to me felt like they overused their tenderizor ..  nonetheless the noodles is Q-ish ..

None the less the shop does have alot of awards and News paper cuttings. It has its own character in that there is only a certain number of variations in the types of noodles that you can order, as well as side dishes.

Its a miss for me . I used to like it in 2008 when I went there to try with my family, but now I don’t think I will return for seconds