So the troops suggested going for a korean bbq buffet instead of the norm (pretty off to a good start this year, we have been quite adventurous) .. I had a quite ‘hhmmmzz’ moment because I thought it would end up like another seoul garden or those student food kind of buffet with loads and loads of already marinated meat that after a while tasted all the same. 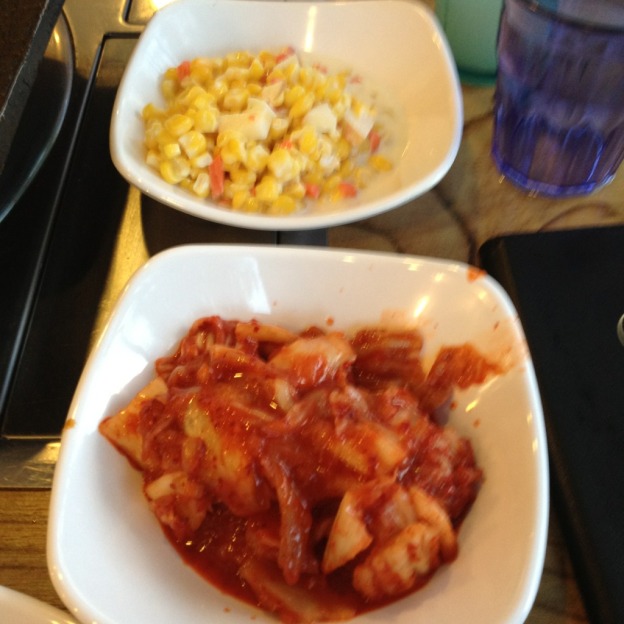 Of all the meat cuts, I think I like the short ribs the best. But nonetheless, this place is pretty good for its price. The queue seems to be never ending .. Even after we left (about 9:30) there were still people queueing up to get a place!

the staff were very efficient in clearing the aluminum foil each time it charred.

Verdict: 4/4 of us will return because its so value for money, as well as the staff had efficient service